Decatur IL - 1925 Decatur Illinois was home to a starch company started by Augustus Eugene Staley. In 1919 Staley built a company football team from current factory workers…they were pretty good. In 1920 the Decatur Staleys shutout 10 of their 13 opponents in their first year of existence posting a 10-1-2 overall record. The team lost only once to the rival Chicago Cardinals 7-6. In 1921 the Staley company sold the team to George Halas and his partners, who transferred the team to Wrigley Field in Chicago. For 1922, they renamed themselves the Chicago Bears. This Peoples Garment Original. 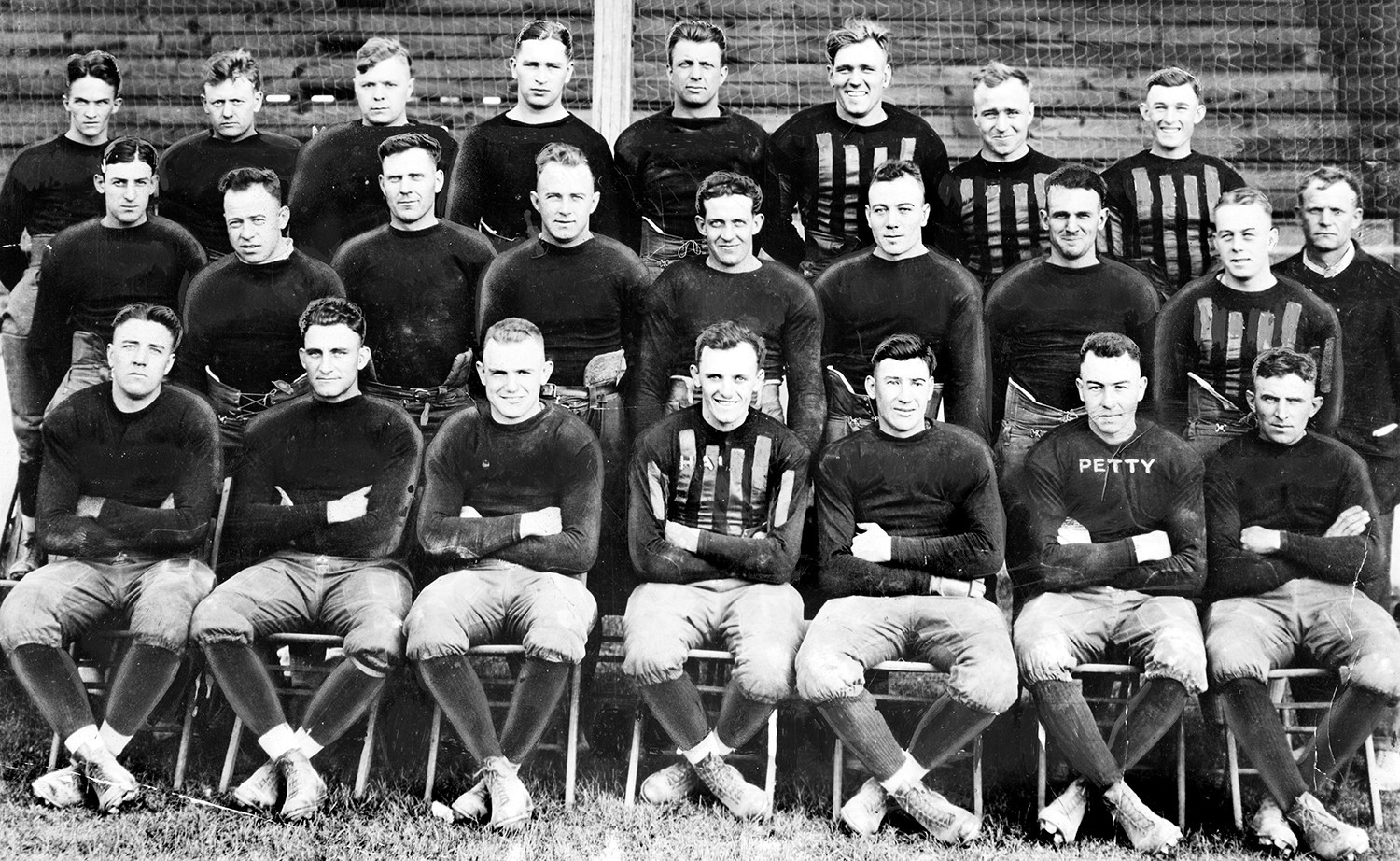